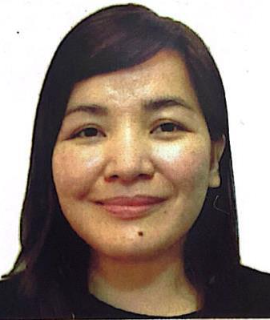 Title : Baseline electrocardiographic profile of patients with severe tetanus who developed dysautonomia in a national tertiary hospital for infectious diseases

Introduction: The main causative agent of Tetanus infection is the bacterium Clostridium tetani, a gram-positive, spore-former obligate anaerobic microorganism. It continues to be an important public health concern in developing countries like the Philippines, even though it is preventable by vaccination. This infection produces a tetanospasmin which cause dysautonomia. The toxin effects on the cardiovascular system have been observed and seem to cause increasing morbidity and mortality. The paucity of literature on the degree of myocardial complications of this toxin in a local health setting geared the investigator to do this research.
General Objective: To determine the baseline electrocardiographic profile of patients with tetanus stage III (severe Tetanus) who developed dysautonomia during their admission at San Lazaro Hospital from August 2019 to August 2021
Methodology: This retrospective included all patients with severe tetanus infections. 325 patient’s records were retrieved. 204 met the inclusion criteria. The research investigator collected the baseline clinico-demographic of patients as to age, sex, body mass index, and presence of co-morbidities. Once collected, the investigator recorded the result of the baseline electrocardiogram of patients. Specifically, this included incidence of bradycardia, tachycardia, arrythmia and other significant electrocardiogram findings. Clinical outcome specifically length of hospital stays, and final clinical status were also determined.
Results: Of the 204 patients included, 90 (44%) developed dysautonomia, while the remaining 114 (56%) did not developed dysautonomia. Most of patients with tetanus infection were males, in the 41 to 60 years of age, married, and had normal body mass index. Comorbidities present were hypertension and diabetes mellitus. Diabetes mellitus increased the risk of dysautonomia. The most common baseline electrocardiogram finding was Sinus tachycardia (63.7%). Other arrythmia and other electrocardiogram finding such as myocardial infarction or ischemia were uncommon in this investigation.
Conclusion: Among the baseline electrocardiogram, finding of Sinus Tachycardia is the only result that is associated with dysautonomia and carries poor clinical outcome. As mention, diabetes mellitus increases the risk of developing dysautonomia. Patients who developed dysautonomia has shorter length of hospital stay and expired.
Keywords: Dysautonomia, electrocardiogram, Severe tetanus, Tetanus Stage III, autonomic dysfunction
Significance of the study: While tetanus infection has remained to be a rare disease in developed countries, still a number of these cases in developing nations like the Philippines pose significant public health concern. In line with this, results presented in this research will benefit the following:
Adult Infectious Diseases and Tropical Medicine Department. A thorough investigation about the baseline Electrocardiogram of severe tetanus wherein their mortality is secondary to dysautonomia. Evidence will provide the institution the necessary information in improving protocols for dealing patients diagnosed with this infection. Untoward clinical outcome will also be prevented through the results revealed in this study.
Future Researchers. As previously mentioned, there is a dearth of literature and research materials about the aforementioned topics. Therefore, the actual study would serve as a springboard for medical investigators who plan to conduct similar study such as this one. This research paper would contain valuable information and data that they need in augmenting their respective research findings and in supporting their actual research results.
Conclusions:Based on the foregoing findings of the research, the following conclusions are forwarded:
1. The investigation revealed that most of patients with tetanus infection were in the 41 to 60 years of age, male, married, and had normal body mass index. Of these, it was noted that cases of dysautonomia and those without it had accounted the majority of the aforementioned clinico-demographic profiles. The most common comorbidities were hypertension and diabetes mellitus. Diabetes mellitus has increased risk of developing dysautonomia
2. The most common baseline electrocardiogram was Sinus tachycardia. This electrocardiogram result is associated with dysautonomia and carries poor clinical outcome. Other arrythmia and other electrocardiogram finding such as myocardial infarction or ischemia were uncommon in this investigation.
3. With regard to the clinical outcome of patients with dysautonomia, their hospital stay was significantly shorter and most of them expired.