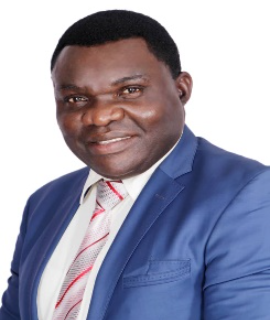 This study was aimed at investigating the epidemiology of paragonimiasis in two selected coastal communities in Calabar suburb, namely Akpabuyo and Calabar South. Seven sputum examinations per person were carried out for the presence of Paragonimus uterobilateralis eggs/ova. Possible clinical manifestations, and crab-eating characteristics were studied. Frequency of active coughing per 15 minutes by each candidate during the contact was recorded. The overall prevalence was 28.2% and 15.6% respectively. Prevalence was comparable in both sexes, increased with age, and highest among fishermen/women, farmers, and artisans. The Geometric Mean Intensity of Paragonimus eggs/ova was 87 and 63 per 5ml-1 of sputum respectively, and comparable between the sexes. Prevalence of active cough was 47.6%, comparable in both sexes, and increased with age from those who were 20 years of age and above. Younger age groups presented more of lower frequencies of active cough, while the older age groups presented more of higher active cough frequencies. Prevalence of reported history of clinical presentations in Akpabuyo and Calabar South were respectively as follows; cough (88.9% and 72.0%), haemoptysis (23.9% and 14.3%), and chest pain (35.6% and 36.5%). Prevalence of active cough was very high among fishermen/women in both populations (92.8% and 90.9% respectively). Above 90% of fishermen/women, farming and artisans reported a history of cough, haemoptysis and chest pain in this study. Overall, 42.2% and 43.7% in both populations respectively were crab-eaters. Crab-eating was comparable in both sexes, but higher among those in the two oldest age groups. The risk of being infected was highest among fishermen/women in both populations. Prevalence was highest among weekly eaters followed by the Irregular eaters. The overall risk of being infected with paragonimiasis was (675 times and 44 times respectively) higher among crab-eaters than among non-crab-eaters. In all, 1,446 and 1,303 crabs were caught, but monthly relative abundance showed seasonality and correlated strongly with rainfall. Metacercariae crab infection was 5.4% and 5.2% respectively with highest and lowest monthly infection rates in August and November in Akpabuyo and Calabar south. In conclusion, paragonimiasis is endemic in the study areas. Urgent steps are needed to curb the scourge.

(Dr. Uttah studied Parasitology at both the DBL-Institute of Health Research & Development, Denmark, and the University of Port Harcourt, Nigeria completing with a PhD in 1999. He then joined the Cross River University of Technology, Calabar, Cross River State in 2005. He became the Founding Dean of the Faculty of Biological Sciences in 2018. He is presently a member of Management of the University of Agriculture and Environmental Sciences. He has published about 60 research articles in reputable journals.