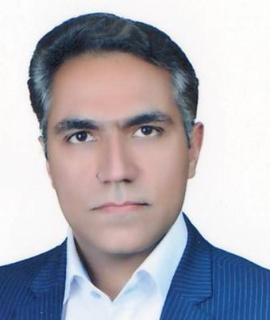 Title : Survillance of dengue vectors; what has been done by health system in southeastern iran?

Nowadays, the rapid expansion of dengue fever vectors, Aedes albopictus and  Ae.aegypti, around the globe has been warned by various documents. In recent years, the eastern neighbor of Iran, Pakistan, has been involved with dengue outbreaks, and the risk of the entrance of these emerging diseases is considered a threat to the Iranian health system, especially in southeast Iran.

This study includes all of the activities which were done for surveillance of that vectors in Sistan and Baluchestan Province, southeast of the country, for six years (2015-2021). All of the potential foci and points with the presence possibility of this species, like cities and suburbs, border villages, international airports, seaports, and imported ships, costumes and imported trucks, commercial free zones, tire store centers, temporary accommodation sites for foreign nationals and hotels were checked by entomological surveys every 15 days. The ovitraps and dipping method used for larval surveys and resting box, BG sentinel, malaise, animal/human-baited bednet, and pyrethrum spray sheet collection were applied for adult surveys.

During sampling, 9120 ovitrap paddles were collected and checked for mosquito eggs. In addition, 5166 artificial habitats, including pots, cans, tires, and buckets, were searched for larvae presence. Various breeding sites were also selected for larvae sampling. Totally 39498 larvae, including genus Culex (48.2%), Culiseta (37.6%), Aedes (8.8%), and Anopheles (4.7%), were collected. Also, 8021 adult mosquitoes were collected; the most predominant genus was culex (48.1%), and the lowest was Aedes (6%). There was not collected any adult/larvae species of  Ae.albopictus  and Ae.aegypti, but other Aedes species, including Ae.vexans, Ae.caspius, and Ae.unilineatus were found.

Due to the dengue vectors presence in Pakistan, there is a threat of their presence in southeastern Iran. Therefore, despite no collection in the present study, it is recommended to continue the monitoring program of the region.

Dr. Jalil Nejati studied Medical Entomology at Tehran University of Medical Sciences, Iran and graduated as PhD in 2018. He obtained the position of an Associate Professor in Health Promotion Research center at Zahedan University of medical Sciences, Southeastern Iran. He has published more than 30 research articles on Malaria, Dengue and Crimean-Congo hemorrhagic fever vectors, scorpions, and GIS-based modeling.