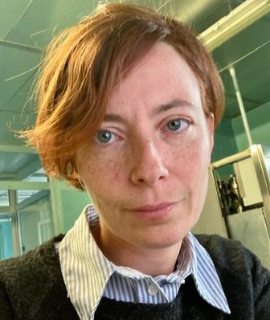 Lumpy skin disease (LSD) is a viral disease of cattle and water buffalo characterized by cutaneous nodules, biphasic fever, oral and nasal discharge, accompanied by general lymphadenitis. Clinical infections in cattle range from sub-clinical to acute form and the disease is associated with moderate-to-high morbidity and low mortality. The disease is endemic in Africa but its first incursion in Europe in 2015 turned into a regional crisis involving many countries in the Balkan Peninsula. The drop of animal production coupled with the restrictions of trades had a significant impact on the economy of affected countries. The disease is well characterized in cattle while little is known about its impact on buffaloes farming where some descriptive field studies were reported, and, to date, no experimental studies have been conducted. We infected six Mediterranean buffaloes and two naïve Holstein Friesian cattle with a European LSD virus (LSDV) field strain. Over a period of 42 days all animals were clinically monitored daily. For molecular analysis, EDTA blood samples, oral, nasal, ocular swabs were daily collected from all animals and skin biopsies were carried out from nodules on three buffaloes with typical cutaneous lesions. For serological analysis, serum samples were collected every 3-4 days from 3 day post-inoculation (DPI) until the end of the study. Two out of six buffaloes showed clinical signs such as fever, lack of appetite, well-circumscribed cutaneous nodules and generalized lymphadenomegaly. The ELISA test identified two buffaloes with clinical signs developing anti-LSDV antibodies starting at 39 and 42 DPI while only one out of four animals without symptoms seroconverted at 42 DPI. No viraemia was detectable in any buffaloes neither viral DNA was identified in the skin biopsies and swabs by real time PCR. The cattle used as positive control showed high fever (39.7-40.5 °C) from 4 DPI, ocular and nasal discharge from serous to mucopurulent, followed by the appearance of firm skin nodules all over the body and enlargement of the superficial lymph nodes. Viraemia (from 5 to 14 DPI) and virus shedding (from 7 DPI to 35 DPI) detected by positive PCR results on ocular, nasal and oral swabs were also observed. These findings demonstrated the limited susceptibility of buffaloes compared to cattle once experimentally infected with LSDV.
Audience take away:
This experimental work aims to fill gaps about LSDV in buffalo, and confirms what has already been reported in field conditions, although this could only be a pilot study. Further studies with more animals and for longer periods of time would be necessary to better understand the role of the buffalo in the transmission and maintenance of the virus in the field.
This work also provides a study design that could be used as model for other experimental works

Dr. Elisabetta Di Felice studied Veterinary at the University of Teramo, Italy and graduated in 2010. She received her PhD degree in 2015 in the department of Infectious diseases at the same Institution. During her Phd, she spent one year at the University of Liege, department of Infectious and Parasitic diseases, Liege, Belgium. She had a six months postdoctoral fellowship at the Virology laboratory, at Istituto Zooprofilattico Sperimentale dell’Abruzzo e del Molise, Italy. From 2016 she has been working in the laboratory of Diagnosis and Surveillance of Exotic diseases. She has published research articles in scientific international journals.