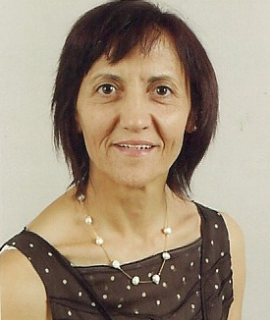 Leticia M. Estevinho received the Zootechnical Engineering degree (summa cum laude) in 1985 and the M.S. degree in biotechnology (with merit) in 1989. In 1995,  finished the PhD degree in Science given by Minho University, Braga, Portugal. In 2009, passed with merit the proofs of Agregação - the last step in the academic career in Portugal. Estevinho has worked in Agricultural College of Braganca, Braganca, Portugal, since 1986 and has great experience in students’ coordination (16 PhD students and three Postdoctoral researchers). Leticia M. Estevinho has published more than 120 articles in indexed international journals, written five book chapters and has presented more 160 oral and written communications. Was the principal investigator of more than 25 scientific projects, totally financed, and has published 4 patents. She is the Head of the Microbiology Laboratory since 1986. Was the editor-in-chief of three journals and currently belongs to the editorial board of 19 international journals; has revised more than 300 articles of indexed journals. Nowadays, Estevinho serves as a Coordinator Professor with Agregação in the Polytechnic Institute of Braganca, Portugal.