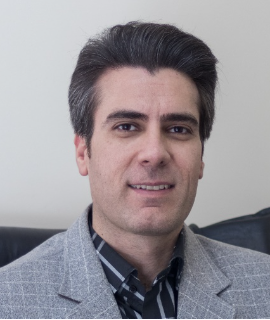 Title : Role of flies in transmission of SARS-CoV-2 virus

Background:
Insects always play an important role in the global ecosystem. Several hypotheses and studies were conducted emphasizing their role in transmitting or spreading the virus in the environment. Among insects, flies are the most common and anthropophilic insects in the world, and their feeding and living behaviours make them a potential and powerful vector for pathogens including viruses.

Methods:
The study was conducted in Shiraz city, southern Iran, in two phases during 2020 and 2021 in order to finding the possible insect-borne transmission of SARS-CoV-2. In phase 1, adult flies were sampled at the outdoor areas of two hospitals treating COVID-19 patients in May and Jun 2020. Then, in phase 2, ten important and crowded locations of the Shiraz city were selected as sampling location one year later. surface and tissue of all collected flies were analysed for SARS-CoV-2 detection using the high-sensitive PCR assay. Fly samples were first washed twice to remove the insect surface attached to SARS-CoV-2 virions. After that, the disinfected fly samples were homogenized. Fly surface washout and homogenate samples were tested using Taq Man real-time PCR assay for the SARS-CoV-2 virus.

Results:
In phase 1, a total of 156 houseflies (Musca domestica) were collected that 75 % of samples from the body washout samples were positive for SARS-CoV-2. Surprisingly, 37% of the homogenized specimens were also positive for the SARS-CoV-2, suggesting the possible infection of the insects or uptake of the virion to the insect metabolism. The results of phase 2 showed that specimens were identified as Musca domestica, Chrysomya albiceps, Phormia regina and species from the Sarcophagidae family. From the total of 1000 samples, 300 specimens from different species were considered for detecting of the SARS-CoV-2 using molecular assay. No evidence of virus presence was detected in all body washout and homogenized tested samples.

Conclusion:
Our preliminary findings suggested that the houseflies may play a role in the transmission of SARS-CoV-2 during the pick of the disease especially during the warm seasons while increasing the population and activity of houseflies. Another explanation for obtaining the results of the first phase of the study is that houseflies could uptake the blood or blood fluids of the patients and the RNA of the SARS-CoV-2 detected in the insect body. After conducting additional studies in the second phase of the study, it was found that maybe changes in virus spike protein and its molecular structure caused its inability to bind to insect cells and reduced the detection probability of the virus inside and on the insect's body.